Tribute to M. Lucille Kinlein from her Colleagues in the Profession of Kinlein 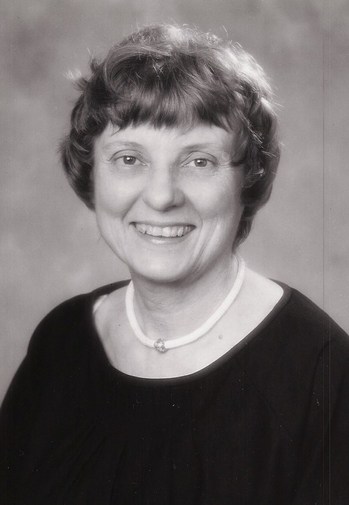 Dr. Kinlein was an excellent student at the Catholic schools she attended. She had a flair for the dramatic, a characteristic she carried with her throughout life, and that made her lots of fun to be with.

She came of age during World War II. Although she had studied philosophy and languages and earned her B.A. in education at Notre Dame of Maryland in 1943, she wanted to help her country. For this reason, she entered the field of nursing. By the time she completed her nursing education at the Catholic University of America in 1946, the war had ended.

As she cared for patients within a medical framework, Dr. Kinlein began to see that there was a kind of gold within them that got them through hard days and long nights -- gold that the medical world could not touch because its focus is disease diagnosis and treatment. She told us that she often went back after hours to talk with her patients.

After earning a Master’s of Science degree in nursing education at the Catholic University of America, she began to teach there and then at Georgetown University. How appropriate that Lucille Kinlein, who had a love for people and a heart as big as all outdoors, became a clinical nurse specialist in cardiovascular nursing, one of the first in the United States. As she traveled the country and spoke of caring for people, more became attracted to the things she was saying about people and how that could and should inform the care that nurses were giving. She broke new ground by opening a Center for Nursing Excellence at the University of Southern Mississippi. The nursing world recognized her work by honoring her with the prestigious Linda Richards Award for Excellence in Nursing.

In 1971, responding to a direct call from her Creator to “do it now,” Lucille Kinlein opened the first nursing practice that was independent of the medical world. She was seeking freedom from the constraints of the medical world, freedom to assist her clients without interference, and only for their benefit. She called herself an Independent Nurse Generalist. She had a framework within which she was offering care.

From the beginning, clients came to her office for all sorts of reasons, many of which were not related to a disease. They saw that what she was doing was different from what they had experienced with nurses in doctor’s offices, clinics, and hospitals. They liked it, called it, “Kinlein care,” and told their friends. There were requests for teaching the “Kinlein Method” from all over the United States, as well as few countries outside of it. Other nurses began to open independent nursing practices in Alaska, West Virginia, and parts of the Midwest. Her reputation across the nation grew, as reported by Time magazine in its March 12, 1973 issue. The first of her many books describing how she was caring with clients was published in 1977: Independent Nursing Practice with Clients, affectionately known within the profession as the “brown book.” 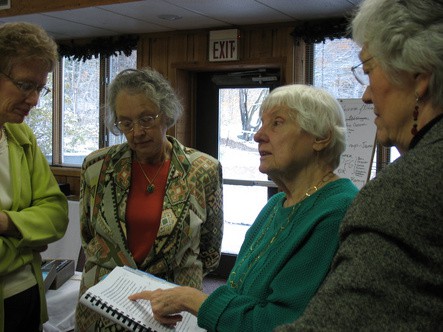 As always, with something new, there were doubters. There were formal and informal inquiries from medical doctors, nursing administrators, and deans. Pressures were brought to bear on her activities in the field of nursing. Eventually, Dr. Kinlein came to agree with them -- what she was doing was not nursing. She had discovered a previously unidentified phenomenon in human beings. The gold she had identified and observed many years before was actually a power given by The Universal Source of Life and Knowledge to every human being at the moment of conception. She described it as a moving power, the power that enables a person to take action throughout life. She could see that invisible power become visible in the words spoken by clients who came for care.

Over time, Dr. Kinlein was able to articulate more about this phenomenon. Eventually, an integrated theory of the human being emerged, describing how we know things, how we observe universal values, how we store our memories, how we discover meaning, how we attend, intend, and will things. This moved the profession solidly into the field of philosophy. She declared the founding of a new profession, the Profession of Kinlein in 1979. Since that declaration in 1979, the professional practice discipline of Kinlein has been and remains solid in its theoretical foundation and effective in assisting clients in their uniqueness. Those she taught about this theory of being human and her theory of how to assist clients in light of it, became known as Kinleiners. Today there are Kinleiners in Alaska, Connecticut, Florida, Hawaii, Maryland, Minnesota, Nevada, West Virginia, and Wisconsin.

In collaboration with other Kinleiners, Dr. Kinlein wrote more books about the phenomenon and various aspects of the practice. In the course of teaching future teachers in the profession of Kinlein, she articulated a new theory of learning and teaching, one which is student-centered in contrast to content-centered.

As the profession grew, Dr. Kinlein continued to educate those of us who were to follow her. For example, the importance of words in human to human interaction is precious and critical. She taught that every word a person speaks comes from processes within us that cannot be seen, touched, or heard. For this reason, every word a person speaks contains the self of the speaker. She often said she wanted to run behind some people and scoop up their words. This statement was accompanied by appropriate dramatic scooping gestures. She encouraged us always to gather our thoughts, to arrange and select words that best convey our meaning. She encouraged us to listen carefully to the words spoken by others and to treat them respectfully and reverently because they contain the self of that person. What a different world this would be if everyone knew and accepted this fact. There is much more to this than we can speak of today, but we, in the profession, believe that this alone is worthy of a Nobel prize.

She gave generously of her time, her talent, and her treasure. Lucille Kinlein was our teacher, our mentor, our colleague, our Kinleiner in many cases, and our friend. She taught us that in the mosaic of life, each person is given a tile to be developed over a lifetime. As we look at the tile that Lucille Kinlein has placed in the mosaic of all life, we are awed by its beauty, its brilliance, and its light.

Vale, Mary Lucille Kinlein, from your colleagues in the Profession of Kinlein. We will carry on the good work you began.

Building On Your Strengths